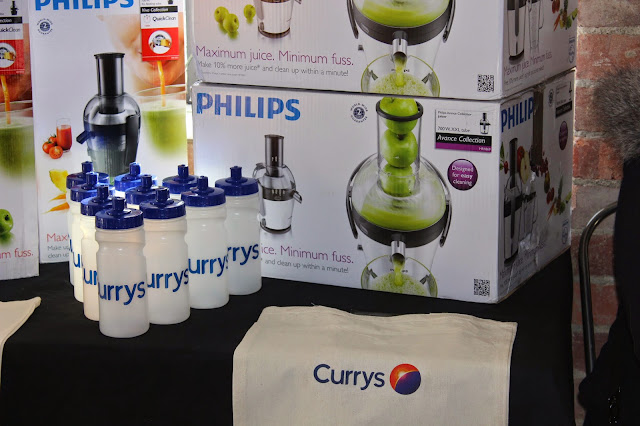 If like me, you’re one of those cliche people who stupidly has proposed to a ‘New Year, New You’ and made it public knowledge so you can’t forget you ever mentioned it, then this event and post is for you. 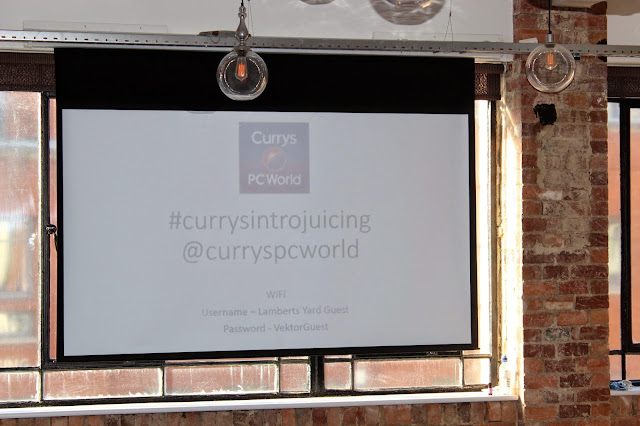 Upon arriving, stations had been set up for us to work round in groups, giving us all the opportunity to make the most of what was on offer. Here’s what they were and consisted of. 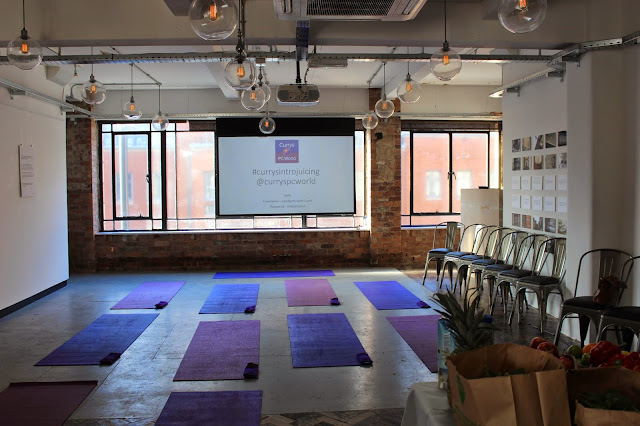 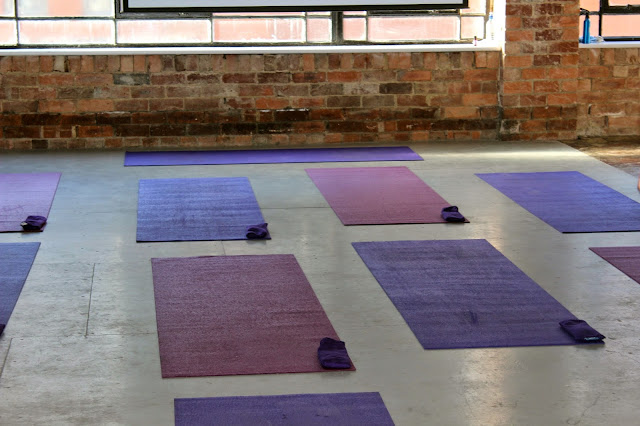 Rocket Yoga by the lovely Amanda of ‘Yoga Elementz’ – I Had no idea of the different variations to Yoga. I’ve generally steered clear of it due to personal preference and enjoying a more ‘working’ workout. However after 30 minutes of this, I may be a covert. Rocket Yoga basically promises to get practiciros to the fitness point quicker than normal Yoga. It still comprises of a warm up, then standing, seated and traditional ending sequence, however, it’s more fast paced and can be modified to suit the practitioner. It’s something I’ll definitely be looking into locally. 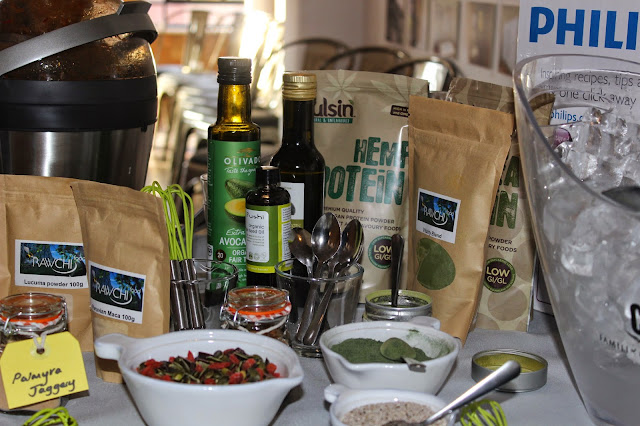 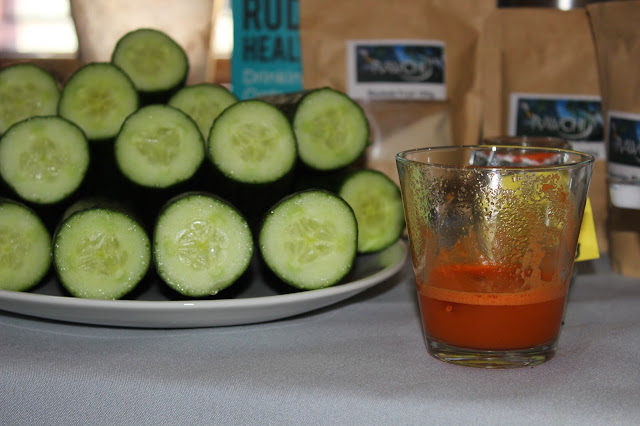 Nutrition advice on juice making from Shakela at ‘NutriShan‘ – Shakela was so friendly and obviously passionate and knowledgeable about her field. Shakela explained about the benefits of certain fruits and vegtables to your diet, plus adding the likes of ginger and coconut water to your meals/juices. She also made up one of her favourite juices for Radiant skin, which was really nice. Shakela offers one on one consultations and tailored plans to suit you and your goals, from weight loss, to general better health. 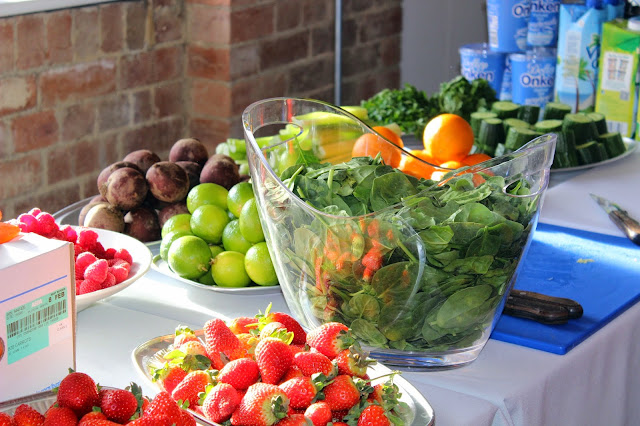 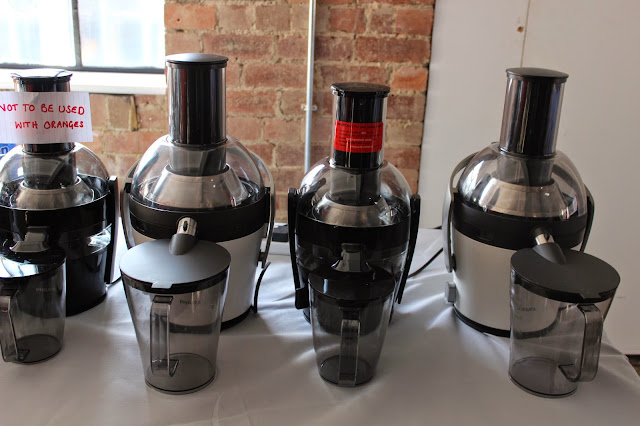 ‘Play’ Station – Here, we were basically left to our own devices, to use the provided Philips juicers to make our own. it gave us chance to see how the juicers worked, how simple they were to use. I don’t think it can get any simpler than basically bunging anything, that is, apart from the peel of oranges and stones from certain fruits. 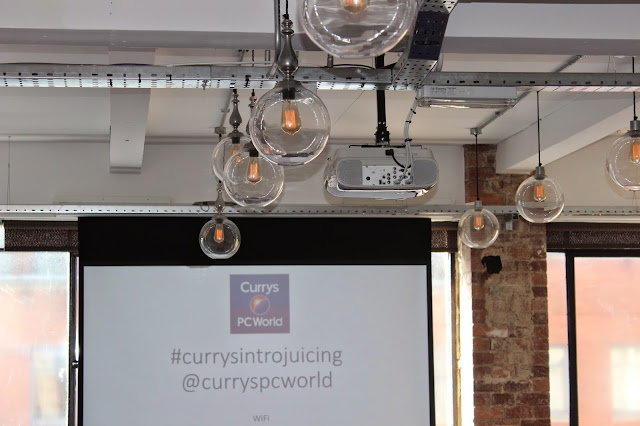 Re(s)coup – Homemade soup was provided with two varities to choose from. Mushroom and Truffle or Chicken and Lemongrass, with two types of bread for dunking. This gave us a brief chance to speak to other bloggers and or catch up with those who knew each other. 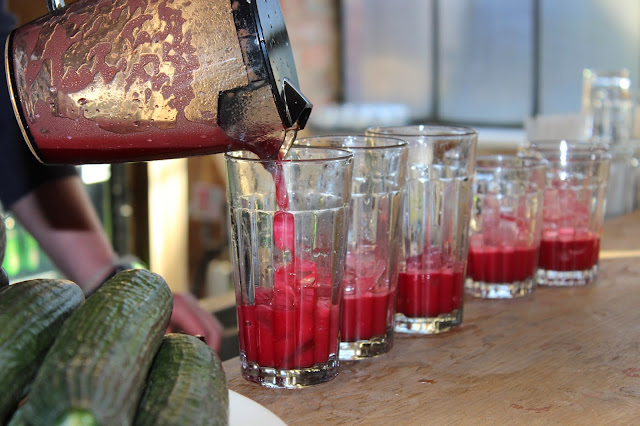 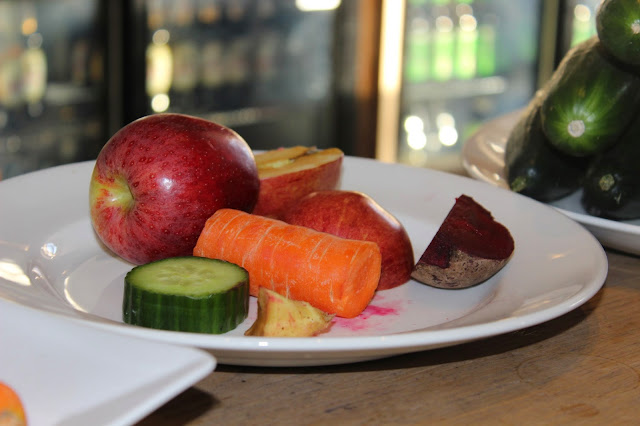 Mocktails – Whizzed up by the lovely Nick, who wasn’t at all fazed by the sheer number of women in his presence nor the amount of flashing cameras in his face. Round of applause to him for getting through the day!

It was a brilliant event to be part of and a great insight and introduction to the world of juicing. The guys at Curry’s have a post up on their own blog featuring some lovely recipes that even I think I could follow!

OUTFIT: On The Road

Welcome To Beverley, The Potting Shed.