TOUR DE YORKSHIRE – Happening between Friday 1st May and Sunday 3rd May 2015, has to be the biggest thing to happen to the UK since the 2012 Olympics and how even more brilliant, that this event has been brought to gods own county, YORKSHIRE. 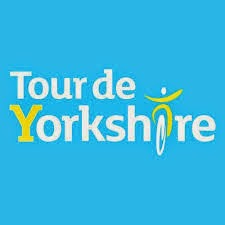 Admittedly, I am not a road race follower, or really a cycle lover in general. However, after the 2012 Olympics, cycle sports and our dominance in them must of struck a cord with a lot of people including me. Granted this doesn’t mean that you’ll see me whizzing around a velodrome anytime soon, but, how can you not feel proud and support such an event happening in your own county.

The race is set over three stages.
Stage 1 – 174km – Starting in the East Riding coastal town of BRIDLINGTON, the riders take a scenic route along the coast, heading in land, through DALBY FOREST, National Park, across the spectacular North York Moors heading north towards the gothic town of WHITBY. The last leg from WHITBY down the coastal road ending in the UK’s first seaside resort, the town of SCARBOROUGH, North Yorkshire.

Stage 2 – 174km – With its mediavel Abbey, the historic town of SELBY is a great start for stage two. Heading east towards the town of BEVERLEY, a town voted one of the best places to live in the UK, the riders will then encounter some of the counties most wonderful and notorious roads, sweeping through the little market town of NORTON, MALTON and idyllic STAMFORTH BRIDGE, ending in the glorious city of YORK.

Stage 3 – 167km – The final stage sees the riders tour around West Yorkshire, starting in the home of Yorkshire Sculpture Park, the UK’s ‘Museum Of The Year 2014′, WAKEFIELD, they head to CRAGG VALE, the longest descent in the UK, through HAWORTH, home of the Bronte sisters, eventually ending the city of LEEDS.

There are 18 cycle teams competing, including 2012 Olympian Sir Bradley Wiggins, plus a handful of riders from Yorkshire, that will surely get a warm welcome.

The riders have four jerseys to cycle for. The leaders jersey to the first rider across the finish line in stage one in Scarborough. The digital jersey, which will be presented to the rider that has been most agressive, made the greatest effort and showed good sportsman ship throughout each of the stages.

With Tour De Yorkshire Festival, there’s plenty happening for locals, spectators and visitors alike travelling to all the start and finish points. Click HERE to see.

We’re hoping to be able to make it to a friends house, that sits on a main route being used for the race, so we can watch and wave the riders go past. I had fancied taking a trip into town to be part of it there, but, with crowds and a buggy, it’s probably not the best idea. I’m sure we’ll get into the spirit and enjoy it just as much on route.

Are you watching the tour anywhere?

Afternoon Tea at Oliver's On The Mount Cafe, Scarborough.