Oliver’s Mount’s history is actually quite unknown. Even I, a resident of the area for 27 years, still have no idea the reason behind its name. It has been told that it was named after Oliver Cromwell, by that the mount was used as a point to attack the Castle. However, this is only legend and not correct/factual history.

Whatever it’s history, the mount is a definite draw for both tourists and locals alike. Not only for its spectacular panoramic views of the town, that can be seen from the main viewing area at the top, which is next to the 75 ft memorial that stands to commemorate the town’s war dead, but also for bike racing. The public roads that spiral around the mount are used and know as being ‘England’s only natural road race track‘. With races taking place in April, June, July and September. 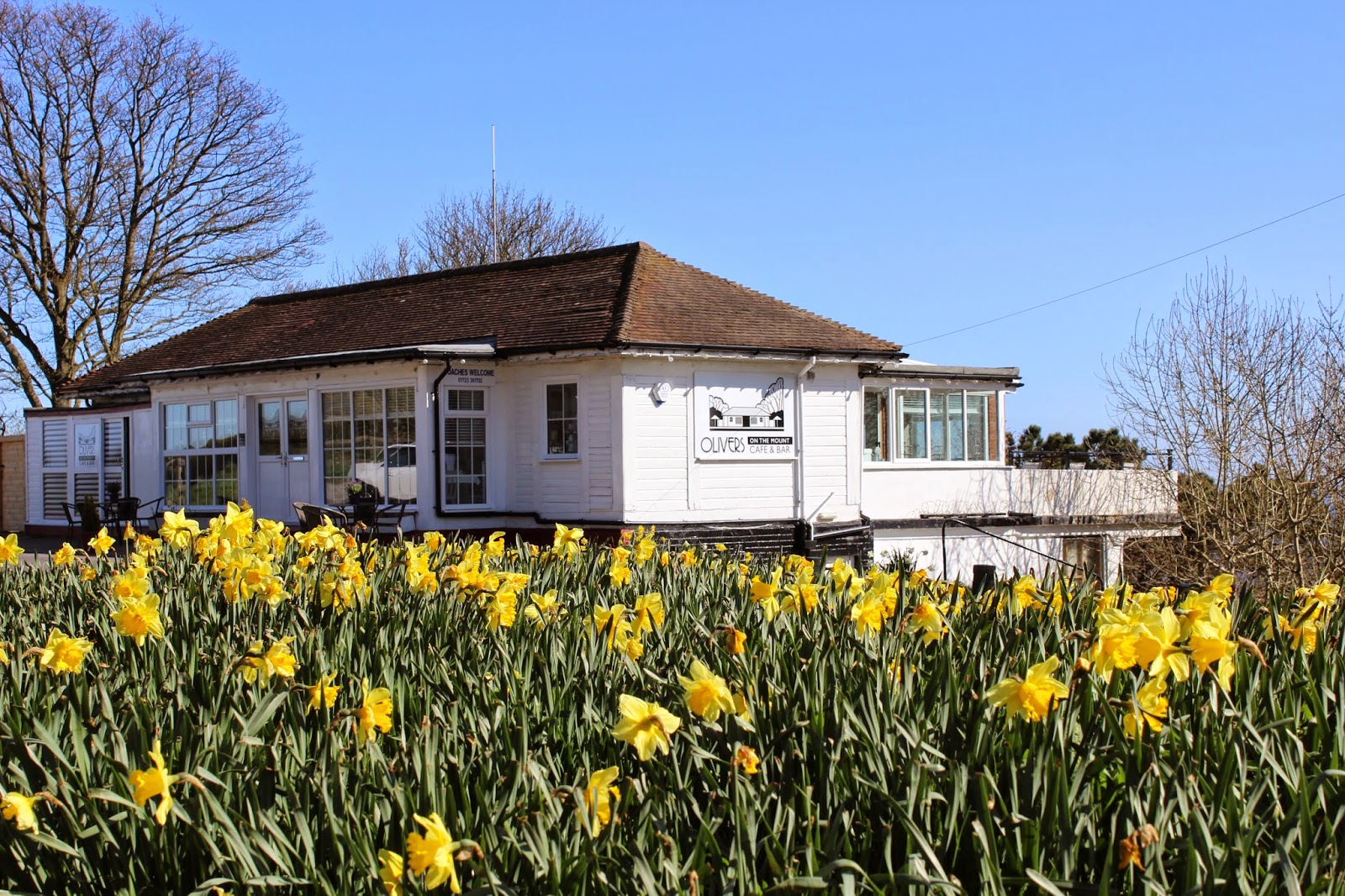 Also found situated at the top of the mount is a perfectly set little cafe. As a young child, I used to frequently visit with my parents and grandparents. I remember the balcony views, the black and white ’tile’ effect flooring and pretty, but awfully uncomfortable white metal garden furniture found inside.
Having not visited in many many years, when I saw a friend ‘like’ a Facebook page with the name ‘Olivers On The Mount Cafe’, I couldn’t help but feel a little nostalgic.
Now under new ownership, the cafe has been given a new lease of life and I was excited to try it out and see/hope/pray that the awful flooring and furniture had been replaced.

Upon entering, you’re greeted with a fresh, clean, open interior with your eyes immediately drawn to the sea view in front of you. I was absolutely blown away by the furnishing of the cafe. It has a sophisticated but homey feel to it. It’s truly stunning, with great attention to detail.
There’s plenty of seating without it being overfilled, including seating on the terrace and as my friend quite rightly commented, this is our new haunt. 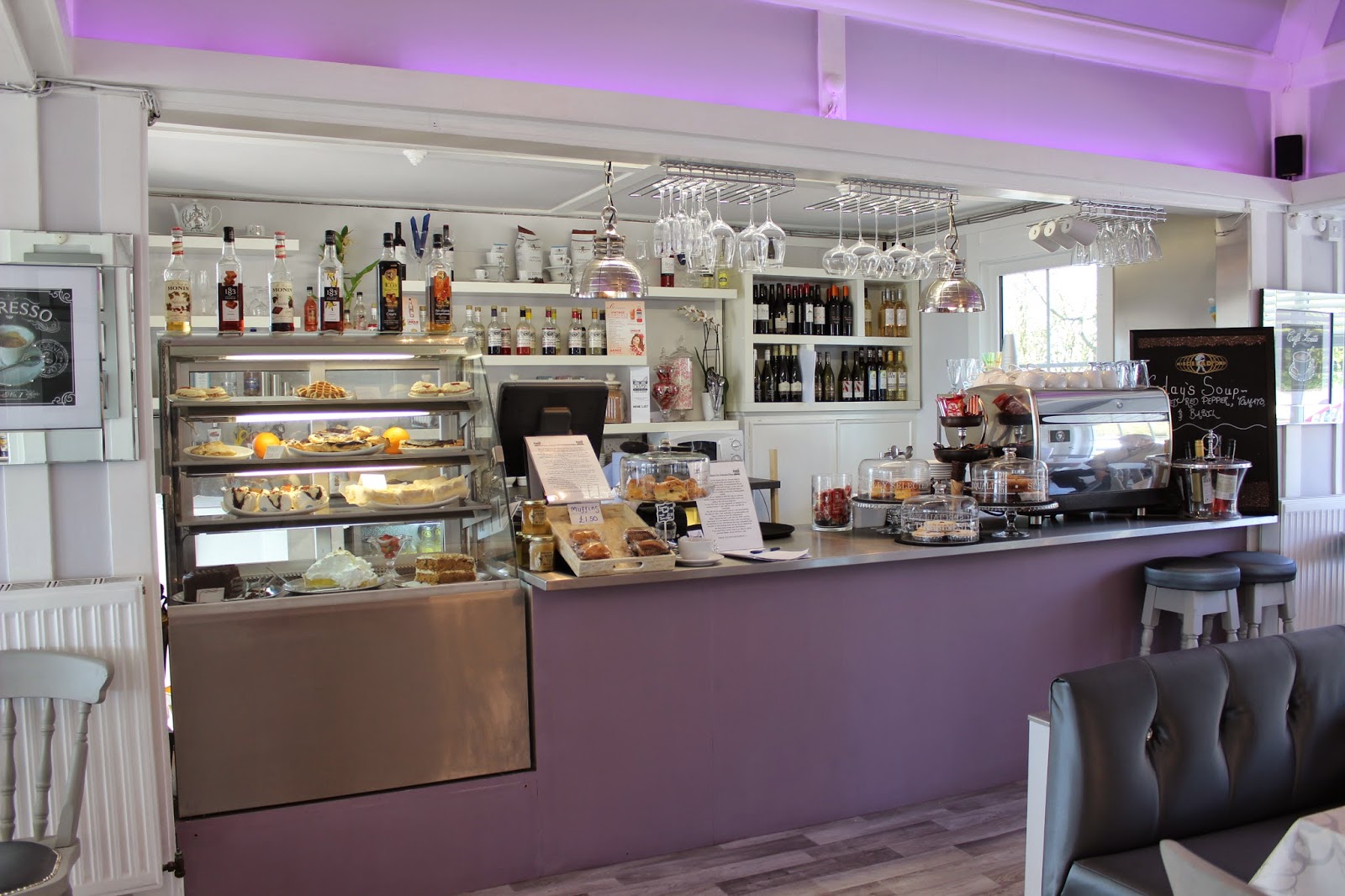 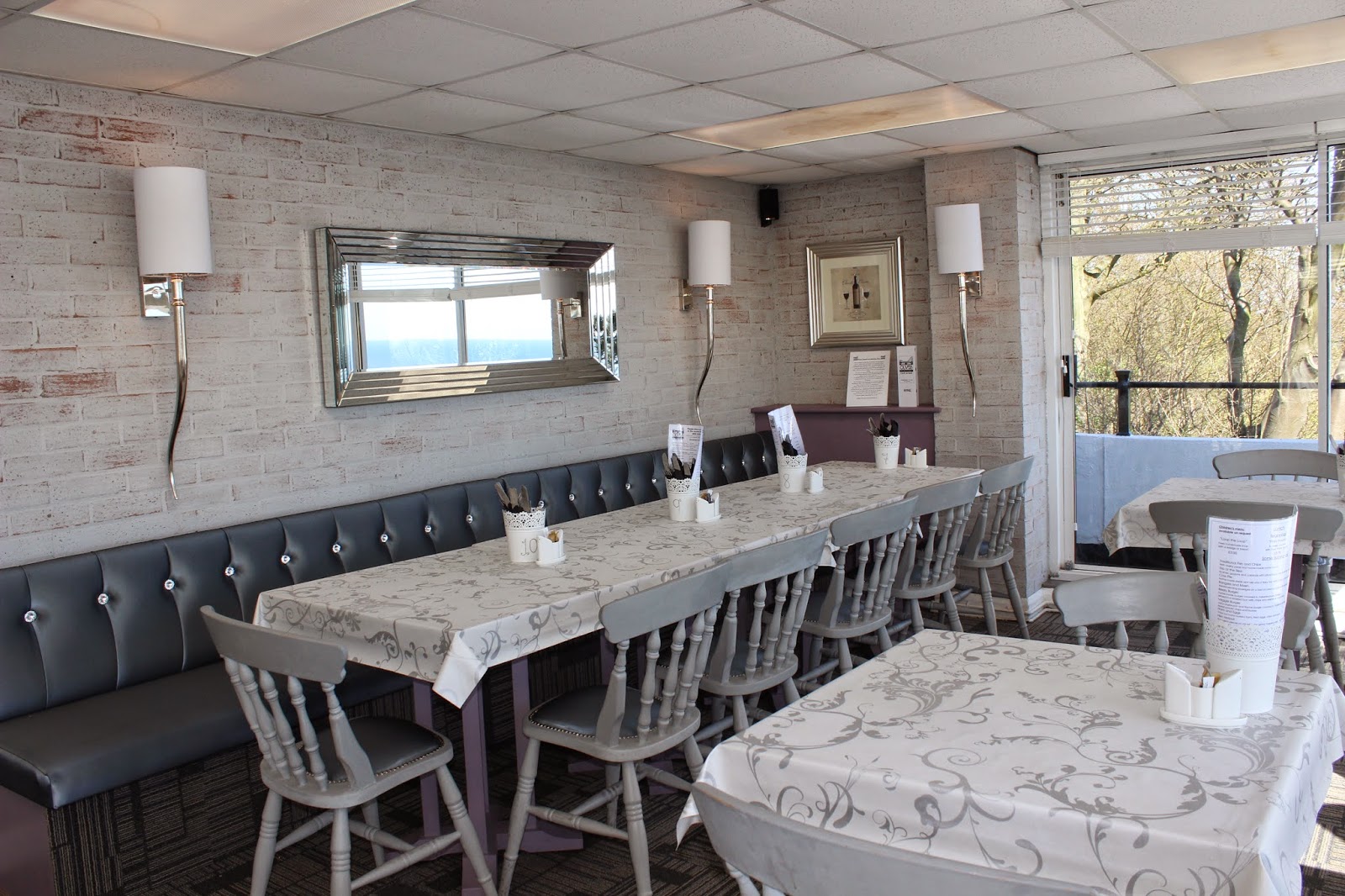 All about the food.

The menu was brilliantly put together. There is a great variety, something for everyone, but without being extensive. I’d already had breakfast, so I chose ‘A Berry Good Morning’, which was a handful of blueberries, raspberries, yoghurt and a dash of honey. Controversially, I chose to have a hot chocolate, as, well, I basically can’t go anywhere without having one. My friend opted for the ‘fry up‘, which looked and smelled amazing and apparently tasted it too.

Their open sandwiches are something that I’ll definitely be returning to sample very soon, the beef and horseradish one caught my eye immediately. 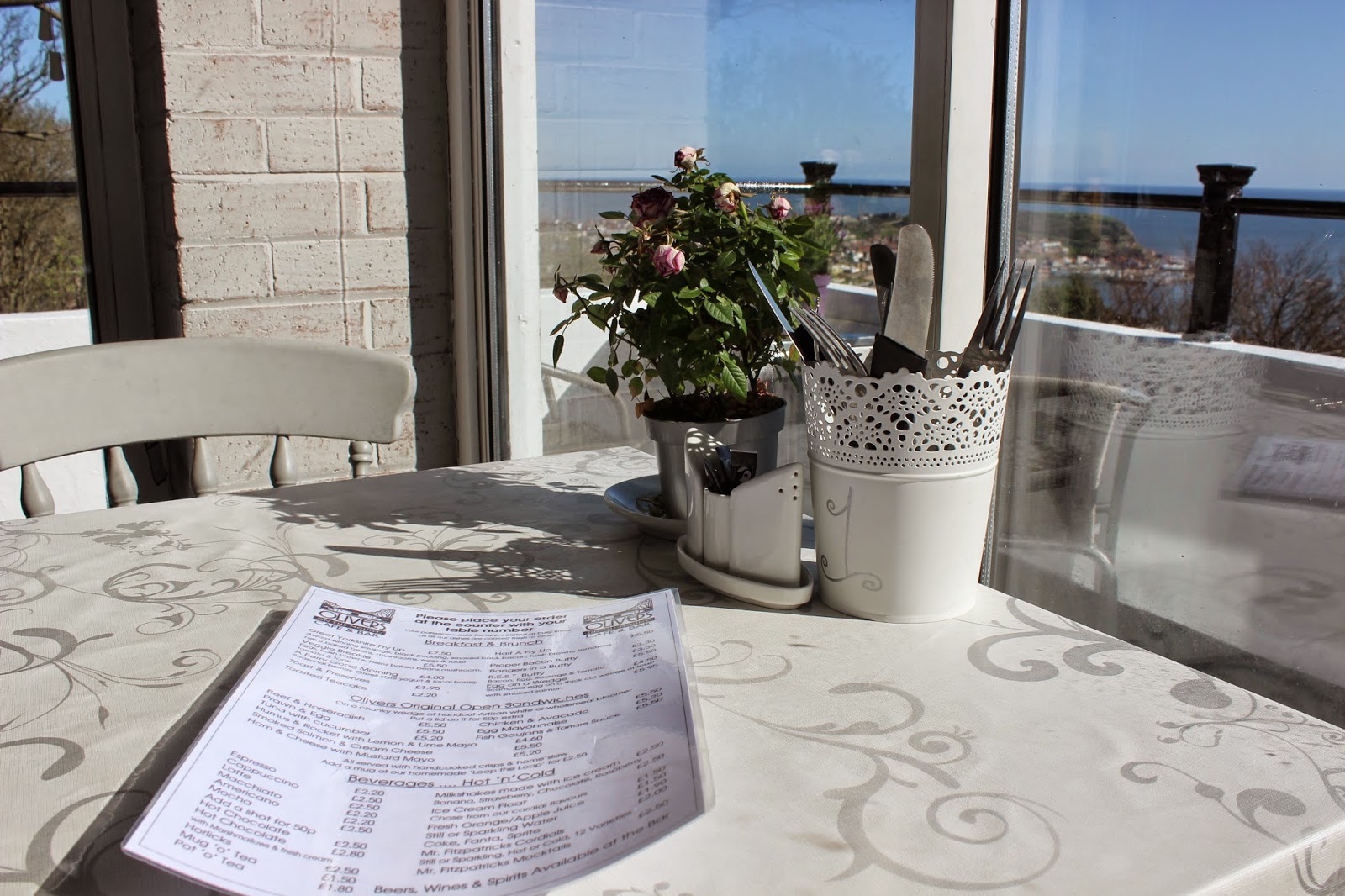 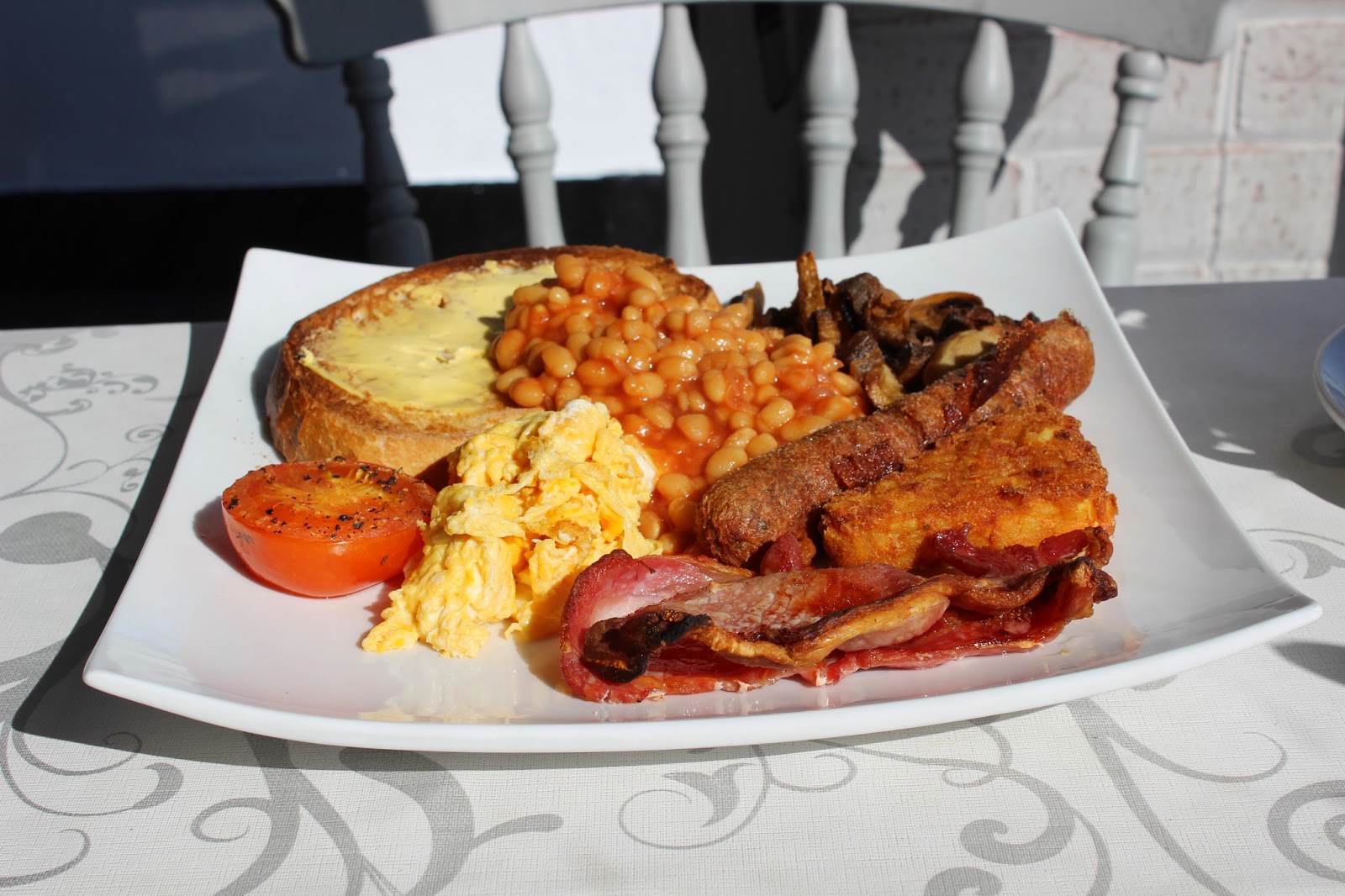 All the staff were lovely and really friendly. I wish them and the owners the best of the luck with the business, I’m sure it’ll continue to go from strength to strength. They’ve definitely got my custom. 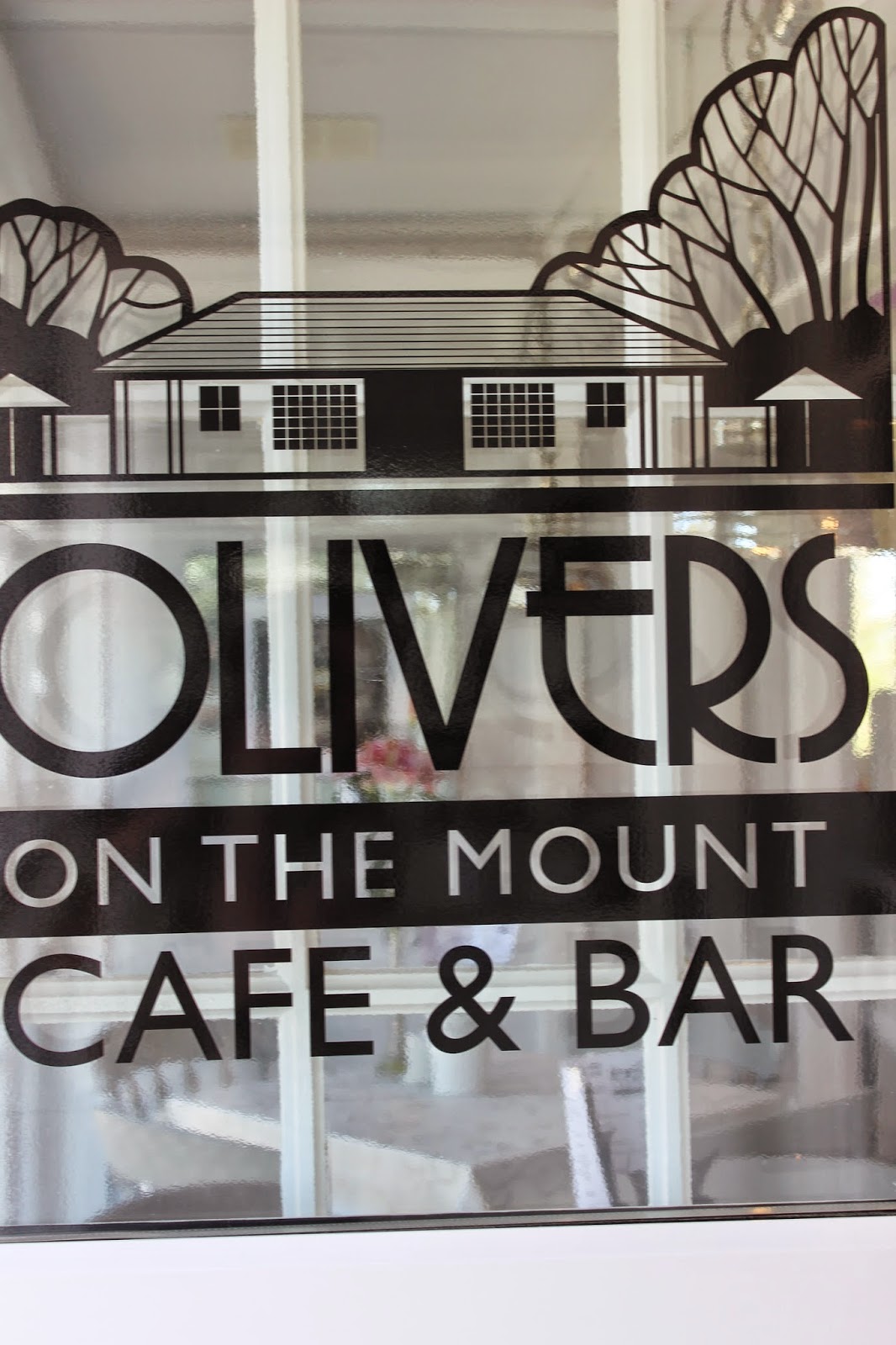 Olivers On The Mount